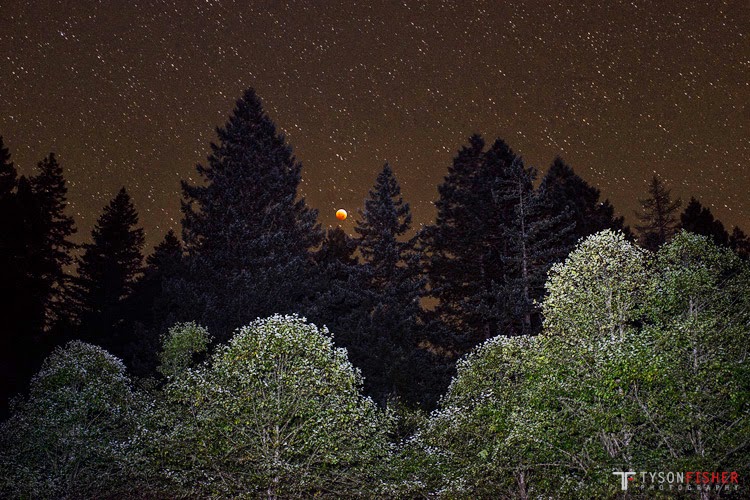 I stopped and made this image on my way to work the other morning as the blood moon began to emerge from behind the earth's shadow. A light was used to bring out detail in the trees. I was over an hour late for work but it was worth it. While I'm well versed in creating night images using film as my medium, this was my first try utilizing digital techniques in the capture process. In post processing, I combined 3 images to achieve what I was envisioning. One image was for the sky and stars, the next was for the moon, and the final image was for the trees. The tripod was not moved during the shots. All three were taken within about a minute of each other. If I'd shot this on film, it would have required more planning. I would have made my first exposure for the trees and sky much earlier in the night when the moon was not yet in the image. Then without moving my tripod, I would have made a second exposure on the same frame of film once the moon moved into the image. The results would have been similar, but I would have been up a good part of the night waiting for the moon to move into position.